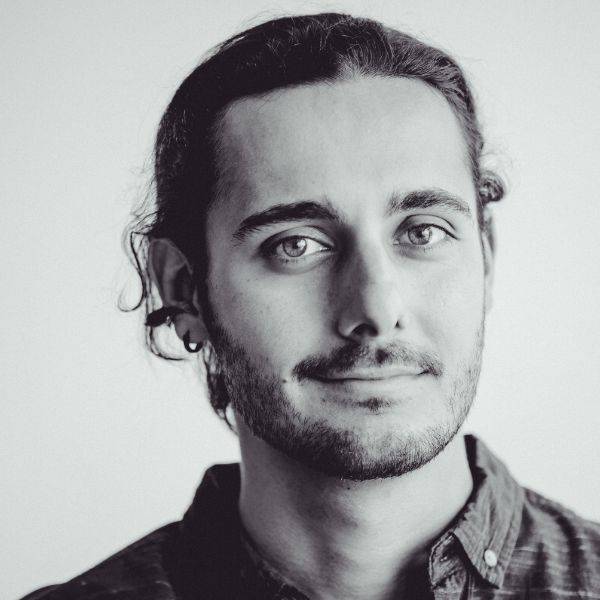 The tradition of jewellers and artists travelling the world to work alongside our jewellers in the Selwyn Place workshop continues. Talented French designer, illustrator and experimental jewellery maker Tony Furion has been working at the jewellery studio since September 2019 to create new classics from Jens’ originals.

Amongst other new designs, he has created a unique conceptual ring based on the much-loved
Golden Kiwi pendant. The Silver Kiwi Ring was released in October 2019, four years after the Golden
Kiwi pendant was launched when it was given by the City of Nelson to Camilla, the Duchess of Cornwall. Tony started at the studio after falling in love with Nelson Tasman while travelling with his partner on a six-month backpacking trip around the country. The couple decided to find work in the region and Tony approached us due to our international reputation.

People from around the world contact us about working here pretty much every month - we get
emails or calls all the time from jewellers or those interested in apprenticeships. Halfdan was very impressed with Tony’s CV and design portfolio, so offered him a place at the workshop bench.

Before heading to New Zealand, for the past six years Tony had been developing his skills at jewellery store Morin in France.
In 2016, he completed his apprenticeship at the Jewellery Institute of Saumur in France, which is notably the largest institute in France of its kind, renowned for its calibre of jewellers.Tony was Valedictorian.

In 2017 for the Duodeci Paris, a platform that’s a true talent incubator, Tony created the ‘Eden’ high jewellery collection to great acclaim.

Halfdan says: “I thought I would give him some creative freedom to try to adapt existing Jens Hansen
designs using different materials, gems or shapes. It has been really cool to see what he has come up
with. He has a fresh take on our designs, he sees things that we don’t see because we are so close to
them. He has also been able to put his own style aside to get under the hood of what ours is.”

Tony says learning the minimalist Jens Hansen style has been a good challenge, as it is vastly different to his own delicate figurative style. Click here to see his designs for Jens Hansen.

To read about Tony in the media, click here.

The idea for the Silver Kiwi ring came to Tony when he was looking through a Jens Hansen photo
book of classic designs.

“I was drawn to the timeless dome rings that Jens created decades ago. I experimented with
designing something in that curved, bubble style that incorporated the kiwi from the much-loved
Golden Kiwi pendant. I wanted to create something abstract, but when you know it’s a kiwi, you can
see its secret in a couple of different ways. It’s elegant and beautiful.”

Halfdan agrees: “I think it is an amazing design – very Jens Hansen. I never thought about turning the
Golden Kiwi pendant into a ring, but I let Tony roll with it to see what would happen. I am really glad
I did and am excited to add it to our collection of unisex rings.”