An artist's life among the elements 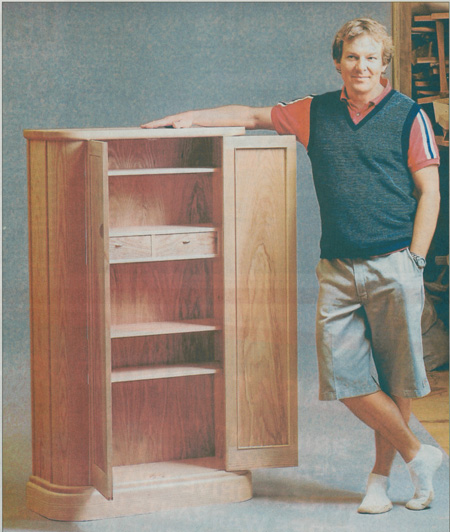 Here's a great article about Thorkild just published in our local newspaper here in Nelson.

Thorkild Hansen was born in Nelson in 1969 into the artistic environment of his father Jens Hansen, a renowned silversmith most famous as the man who forged "The One Ring" for Peter Jackson's Lord of the Rings movie trilogy.

Even as a boy, Thorkild took to the world of silversmithing with enthusiasm. "I can remember playing in the workshop at the age of 10," he says. "By the time I left school at 16, I already had the basic skills of jewellery-making."

Not that he was planning on settling into the trade just yet.

In 1987, after a two-year spell in the family business workshop, he followed another of the Hansen genetic strands this time the hospitality and culinary interests of his mother, Gurli Hansen.

Thorkild found himself working as a kitchen hand to Brian Samuels at The Figpeckers restaurant in Nelson, gradually learning to translate his foodie upbringing into usable cooking skills in a commercial kitchen.

After a period of travelling around New Zealand, doing farm work, in his early 20s he turned back to metalwork and became a student of Peter Woods, himself a former apprentice of Jens Hansen.

The work mainly involved domesticware such as cutlery but Thorkild also found himself creating ecclesiastical items, including some large forms involving blacksmithing.

By 1991, he was back at his father's workshop, updating his skills and doing some goldsmithing for the first time. He was now living in Cable Bay and inevitably bumped into woodworker David Haig whose studio overlooks the bay.

"David told me to search out the books of master woodworker James Krenov, which I did. I ended up making a cupboard which I gave to my father for his 51st birthday."

This brush with the world of wood was to have a major effect on Thorkild's life 15 years later, but in the meantime his OE beckoned, taking him abroad for two years. Returning to New Zealand in 1993, he settled on the West Coast, setting up a silversmith's studio in tiny Ngakawau, north of Granity.

Work was plentiful, with his father outsourcing work to him because of the demand for Jens Hansen's services. Then came news of the death of a figure who had played a large part in Thorkild's life, Teddy Homes the partner of his mother after his parents had divorced in 1980, and a jewellery technician at Nelson's Polytechnic.

Thorkild split his time between the Jensen workshop and taking on Teddy's part-time job a move that led once again to crossed paths with woodworkers, with both David Haig and John Shaw teaching woodworking at the college at this time.

"I was exposed to a woodworking studio again and I loved the atmosphere."

In 1997, Thorkild left the polytechnic as he entered yet another period of major change in his life. He took on the management of the Jens Hansen business, much to the delight of his father, who was freed up for the first time in years to work on his own projects.

Thorkild's new managerial responsibility coincided with the exciting period of the Peter Jackson Lord of the Rings commission and the workshop found itself on the global map of jewellery-making. "Then right in the middle of it all, my dad died. He never even got to see the movie." Jens died in August 1999, from inoperable pancreatic cancer.

Despite Jens' death, the Hansen workshop in Nelson's Trafalgar Square continued (it is now managed by Thorkild's brother, Halfdan). Thorkild also continued with his silversmithing, including the new trophy for the Super 14 rugby tournament, unveiled in 2006, but then came the earth-shattering news that a mystery illness of the previous six months was diagnosed as cancer.

"I was 37 then," says Thorkild, "and they gave me six to 18 months, max, to live. That was 3 1/2 years ago." The cancer took the form of a tumour in his pelvis and was eventually diagnosed as mesothelioma cancer caused by exposure to asbestos.

"We used to use asbestos-based shields in the workshop, it could've been those," he says. "But more likely it was the day I removed the smelting hearth in the workshop that had a lot of asbestos in its construction. My dad had heard about the dangers of exposure to it so I waded in like a typical bulletproof teenager, no mask or anything and got rid of it all. I probably inhaled the particles then they have a 25-year gestation period before they become cancerous."

His cancer is not straightforward but seems to be in remission. "I had seven months of chemotherapy what was it like? Just don't go there! It was an experience that made me question the value of everything. I had a new job to stay alive. You wake up feeling like death warmed up and you have to force yourself to get up, get on with it I feel I have a responsibility to stay alive."

He is having a break from the chemotherapy to see what happens.

"Basically there's a three monthly check-up and we all get a bit jittery as that appointment approaches. But I feel really free to do my own stuff now. Halfdan has taken on the business and I'm freed up to leave the world of metal and go back to woodworking again. On top of that, I'm eating well, not getting stressed and I feel healthier."

Thorkild created a woodworking studio at home and went back to where he left off after making that cupboard for his father all those years ago.

Then his wife, Miriam, heard about John Shaw and David Haig's new venture out at Wakapuaka the Centre for Fine Woodworking, set up as a charitable educational trust with the principal aim of offering high-quality tuition in fine woodworking. She suggested Thorkild sign up for a course, which he did, in 2007.

"I did the beginner's course then the dovetailing course," he says. "I loved the atmosphere so much I did a third course in the same year. The school prides itself on its small class sizes I don't think you can put a price on that low student to instructor ratio. And they also welcome absolute beginners as well as more experienced woodworkers."

The school's curriculum is based on three single terms or modules where attendance at any one gives a thorough grounding in a major area of fine woodworking. It runs weekend and short courses covering various topics such as routers, planemaking, even dinghy building. So Thorkild has successfully moved from silver to wood. But how does working with timber compare with silver?

"The hand skills are similar the marking and measuring and the toolmanship. Being an artist as well has meant I've built a good relationship with John Shaw. But wood is a new challenge the material is so much more unforgiving than silver there are no second chances with wood. Silver you can melt down and start again, but timber can easily become firewood. So I've learned to be more respectful of the material and also of the woodworkers the lack of credit that cabinetmakers get compared with jewellery artists is amazing.

"With woodworking, you have to accept it takes a certain amount of time, enjoy the process, the gratification is far more in the process than the finished article, I think.

"I've learned so much from John Shaw in such a short space of time. He has calmness, a sense of humility and seems to get his gratification from helping us learn. It's not the pay cheque or the public approval that motivates him he's a lot like my father."

Where to from here?

"In 2008 I was working in my home woodworking studio but not with the same momentum that CFW provided. Miriam noticed this and suggested I do another course she was right. I found myself making another cupboard and this time exhibiting it to wide approval in the CFW end of year show at the Refinery last December."

After that, Thorkild decided he could not bear to leave CFW's fun, creative environment, so he approached the trust that runs the school and offered to be their unpaid "artist-in-residence". They readily accepted the offer. (He is now an unpaid "associate tutor".)

"Students come to me for help and I also can find myself mediating between the students and John. I can honestly say that CFW, as well as Miriam, has been the saviour of my emotional wellbeing. It's not about woodworking really; it's about the process and the shared learning experiences with like-minded, motivated, friendly people. Whatever your problems in life, this kind of experience has got to make things better for you."

The Centre for Fine Woodworking is based at Wakapuaka, near Nelson.

See cfw.co.nz.Jens Hansen Gold & Silversmiths has been operating at Trafalgar Square in Nelson since 1968.

Key Jens Hansen works are included in the permanent collection at the national museum, Te Papa, in Wellington.

Mesothelioma is a form of cancer that is almost always caused by exposure to asbestos.

Malignant cells develop in the mesothelium, a protective lining that covers most of the body's internal organs.

Despite treatment with chemotherapy, radiation therapy or sometimes surgery, the disease carries a poor prognosis. Research into screening tests for the early detection of mesothelioma is ongoing.