May 07, 2012
We had a great time at the Nelson Wedding Show yesterday.  Of course the most exciting thing was announcing the winners of the Ultimate Love Story – Shannon and Lisa! 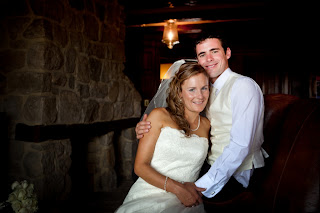 In an unfortunate turn of events, the couple were unable to be at the Show, as during their honeymoon on safari in Africa this month, Lisa fell seriously ill. She has been hospitalised in South Africa, unable to eat for 18 days. She is now recuperating, but not quite up the flight home just yet.

However, Lisa’s parents Cindy and Russell Holden were at the Show. Cindy let out a whoop of joy when her daughter and her husband were named the winners.

Cindy told the crowd at the wedding show that the couple had been chosen as finalists the week Shannon and Lisa were getting married, and at the time Lisa didn’t have any earrings to wear for her wedding day. She rushed into the Jens Hansen studio just before the wedding and used her finalist’s prize to choose diamond earrings for her big day.

After the announcement yesterday, Cindy and Russell said they were even happier for her daughter and Shannon because they had had such a bad time in Africa, so the win was really exciting.

Cindy was desperate to ring Lisa and Shannon in South Africa to tell them they had won but it was in the middle of the night, so they had to wait patiently for a few hours.  Then they managed to get through to them last night in Johannesburg and gave them the great news, “they were over the moon, really buzzing”.

We can’t wait to see them when they get back to New Zealand – hopefully later this week.

A big thanks to the other finalists who shared their love stories with us. Jim and Raewyn came to say Hi at the show, which was lovely for me, as Jim was actually a teacher at Nelson Intermediate School when my brother and I attended.  Raewyn was wearing the diamond pendant she bought with her finalist’s voucher, and she showed me the silver Jens Hansen ring Jim gave her on their 25th wedding anniversary. They’re now coming up to their 40th!

We also need to congratulate Rainer Gohl, who won the voter’s prize of $600 to spend in the studio, and the Nelson Wedding Show Door Prize winner Cindy Windleborn. She receives a Jens Hansen sterling silver Moebius bangle – a classic piece designed by Jens himself in the 1970’s.

A big hello to those of you we met at the Show. We had a cool spot next to Willow florists, who provided the winner’s bouquet for Love Stories – and the flowers in my lapel pin below. 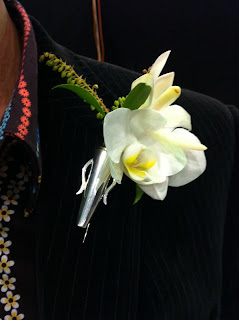