July 18, 2012
A couple of months ago, we decided to join Tumblr. We wanted a blogspace where we could talk to people who love the Lord of the Rings as much as we do – but little did we know how much they love it!

We were making lots of new friends, so we decided we’d run a competition to give them an original Jens Hansen Movie Ring – the ring we designed for Peter Jackson’s Lord of the Rings trilogy. After all, everyone deserves the chance to have their own special Ring – and these fans deserved it more than anyone!

We kicked off the competition on 22 June – Mid-Year’s Day in the Shire Calendar. It’s a day of feasts and festivities, and also Arwen and Aragorn’s wedding anniversary – so the perfect time to launch a competition to Win a Ring! (Lots of our customers use the Movie Ring as their wedding ring).

Within two days, the Win a Ring post had over 2,000 reblogs (that’s a pretty big number, in the world of Tumblr), and we had over 1,000 new Tumblr friends. We were thrilled! And over the course of the competition, this soared to more than 9,000 notes on the post, and thousands of friends. By this time we were pretty darn excited. We hadn’t guessed that our fans loved the Movie Ring this much. Many of them made posts about wanting to win – they all said they needed their very own ring. We wanted to make all their dreams come true…

But there could be only one. We drew the winner on 12 July, and it was…. Myla D’Avanzo from Connecticut, USA! Here’s Myla’s reaction to the news…

Hey, Myla – yes we did watch the video, and we’re so glad you’re as excited as we are! Here’s some pics of your Ring being made… 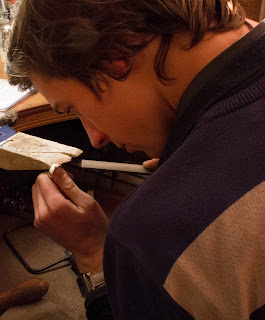 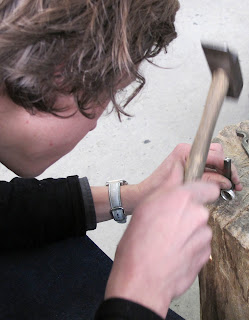 We hope you’ll send us some photos of you wearing the Ring once you receive it! We’ll be couriering it your way very soon…